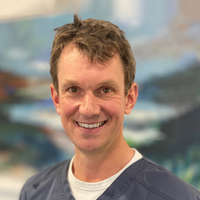 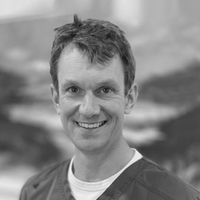 James qualified in 2001 from Manchester University.

James has a special interest in cosmetic, restorative and implant dentistry and has been accredited by the British Academy of Cosmetic Dentistry. He is currently approaching the final examination of the Diploma in Implant Dentistry from the Royal College of Surgeons

James regularly lectures on aesthetic and restorative dentistry, both in the UK and abroad.

Married to Anna, they have 2 young boys, Oliver and Charlie.

Outside of dentistry James enjoys rowing on the Severn and mountain biking on the Shropshire Hills. 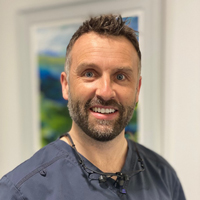 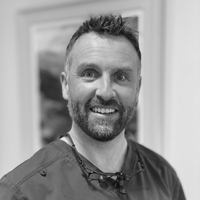 Dr Paul Godbold graduated as a Dental Surgeon (BDS) from Bristol University. He has worked in both general dental practice and hospital based surgical, restorative and implant dentistry since qualification in 2001.

Paul has a special interest in implant dentistry and restorative dentistry.

After his initial surgical training at Royal Shrewsbury Hospital and University Hospital Birmingham, Paul became a staff grade in Oral and Maxillofacial Surgery. He has worked alongside leading OMFS consultants in military trauma and head and neck cancer clinics while running his own oral surgery list. He also mentored newly qualified dentists and doctors. During this time, Paul completed his MFDS qualification to become a member of the Royal College of Surgeons of England

He completed post graduate training gaining the Diploma in Restorative Dentistry from the Royal College of Surgeons of England, latterly becoming a course tutor.

Paul has been placing and restoring dental implants for more than 10 years. He completed the MSc in Implant Dentistry from the University of Bristol. He has placed Struamann, Astra and Dentsply Ankylos implants. He is able to provide bone grafting and sinus lifting techniques where required.

Both James and Paul receive referrals for complex aesthetic and restorative dentistry. These disciplines often require an interdisciplinary approach to achieve the best outcome.

James and Paul are both focussed on giving a range of appropriate treatment options to their patients, with a focus on minimally invasive procedures where possible.

Their main goal is to create predictable outcomes so that patients can be referred back to their dentist with as little future intervention as possible.